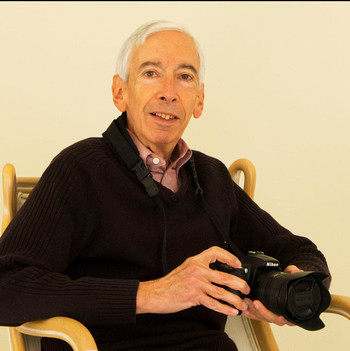 Bob Levy was born in 1939 and grew up in Cincinnati, Ohio.  He attended Cornell University and the University of California at Berkeley, ending with a doctorate degree in Chemical Engineering.  He began his professional career with Exxon in New Jersey and had a long career in the petroleum industry.  He married Candace Wolfe in 1970, and they had two children, Brian and Jessica. Bob retired in 2004 and became involved with Air Alliance Houston, a non-profit organization advocating for cleaner air in the Houston region.  He also began studying the teachings of Carl Jung and participates regularly at the Jung Center of Houston.  Additionally, in retirement Bob studied photography and began projects with the homeless, with active senior citizens and with people supplying local foods around Houston.  He lives in Houston with Candace where he enjoys staying fit, sailing, traveling, reading and taking photos.

I want to express my deep appreciation for the guidance and support of my instructor and mentor, Peter Brown, as well as my colleagues in Peter’s Advanced Photography Workshop at the Rice Glasscock School.